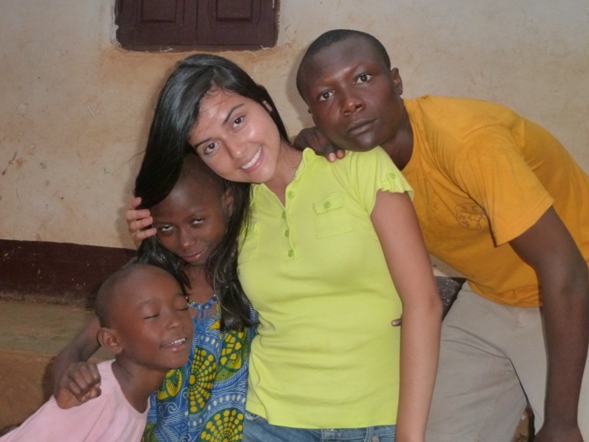 My personal goal was to have an impact on the children, teach them subjects that would be usefull and inspire them. Also encourage them to be curious and interested in the world different cultures, news and information, but mostly to study, that way they can change their life for better, to be ambitious and think big. I also wanted to see the real life in Africa and visit the country that is known for being Africa in miniature.

On Monday and Friday mornings we gave health, language and culture sessions in the school (my sessions in particular were washing hands and brushing teeth), assisted the teachers in everything they needed and played with the kids during break. On Wednesdays mornings we successful implemented the sports day at school, a day in which we danced and played different sports with the pupils.

On Tuesdays and Thursday mornings we worked in the administrative part of the ngo, mostly planning the next project, the Summer Project 2013, designing booklets and dropping letters for possible sponsors.

Every working day from 17h to 19h we were at the orphanage, either delivering sessions or playing with the children. Until the 3rd week of the project we only went to one orphanage but on the last two weeks we worked also on a second orphanage (every Wednesday and Friday afternoon and Saturday morning), so on Wednesday and Friday we splited the team in 2 in order to go to both orphanages.