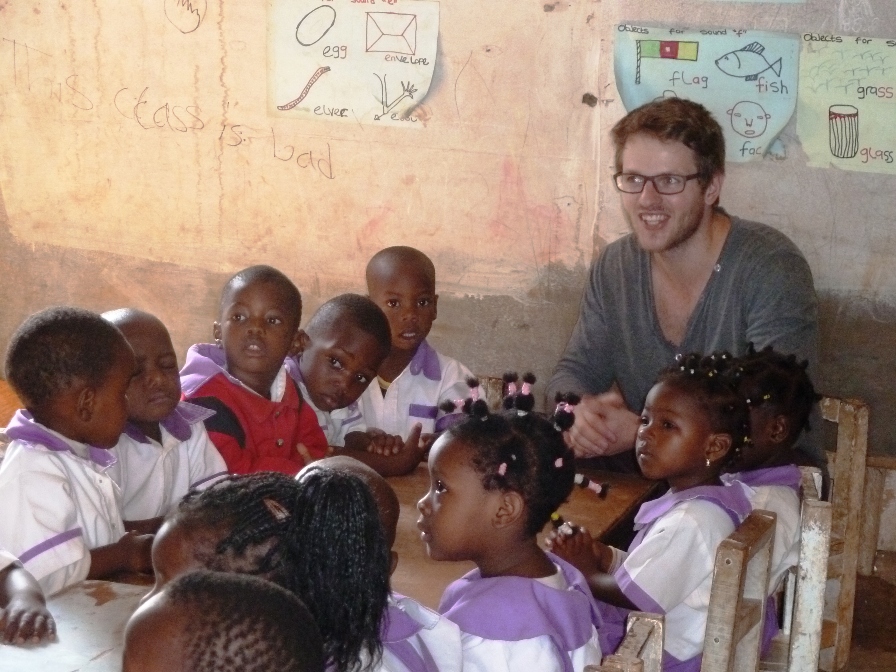 The first days we spent at the school were used to deliver the same sessions like in the orphanage. In workshops adapted to the classes we implemented them. Afterwards we split us up. Everyone had one class to teach a language.

I had the oldest children and tried to deliver them the German language. Therefore the teachers made us two hours available. So we spent Monday, Wednesday and Friday in school. Although was the Wednesday an exception because on Wednesday there was always the sport day. During the sport day we delivered German games like “British bulldog one two three” or “Völkerball”.

In addition we spent every day in school around 30 minutes to play with the children of the “ecole maternelle”. I taught them some easy songs. At the end of our time there was a big closing ceremony. During this ceremony we showed the parents what we taught the children. For example sang my children a German song and spoke some dialogues about the basics of a language.

During the four weeks I taught them how to greet, to speak about their feelings, to count, the fruits, how to say where they live and the family structure. Grammatically I explained them the present conjugation of verbs ending in –er and some irregular verbs.

Furthermore the children showed us traditional dances and dresses during the ceremony. Finished by warm words of saying thank you and self-painted pictures we closed our project in the school with a common traditional lunch.