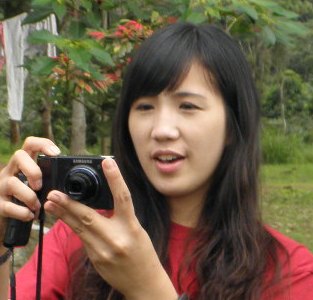 First of all, I can now better explain about malaria, HIV/AIDS, cholera. I’ve realized how the information that I had was little. Moreover, I did not know much about cholera before, but now I feel like I’ve become almost an expert of the disease.

I had never known that how one person can get easily infected with cholera just by drinking contaminated water, food and even by standing near and talking to someone who has already got the disease. Preparation period before the project was also a learning process for me and it helped me a lot learn a lot of new facts of the disease and responsible sexuality.

Also, I’ve realized how the presentation about diseases to the villagers should be different from the one that I’ve done at school. I’ve learned how the information has to be sorted out and which part I need to emphasize and which part I need to omit depending on the audience. I learned a lot while preparing my session and attending others sessions about which part of information they choose to deliver especially when running out of time, which part they emphasize.

Thirdly, generally speaking, I’ve learned a lot about doing an internship in Africa. I’ve realized what I can do, what the limitations are and if I’m fit to humanitarian work. I learned a lot about myself, my dream, and my aptitude for the job. I’ve also got tons of new information about diseases, and I’ve got a sense of how it is like doing an internship in Africa. Having a hard time preparing sessions (the difficulty came since I decided to prepare the session in French) also helped me improve French language. Looking back every moments, I think it was all learning process.

I think what I achieved from the internship is pretty much the same as what I expected for the internship. Now I’ve got a sense of what it’s like doing an internship in Africa. I’ve learned what I can do well, and what I need to improve for my next chance to work in humanitarian area. Also, I’ve got a great deal of new information about diseases that I had not been aware of, and current disease situation in Africa, and Cameroon. Lastly, living with host family, and working with locals, and a lot of interns fro all around the world, I became more apt to accepting anything new, and cultural difference.